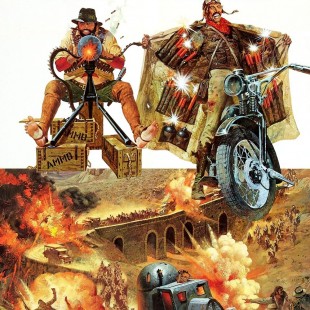 Duck, You Sucker! (Italian: Giù la testa), also known as A Fistful of Dynamite and Once Upon a Time… the Revolution, is a 1971 Zapata Western film directed by Sergio Leone and starring Rod Steiger and James Coburn. It is the second part of a trilogy of epic Leone films including the previous Once Upon a Time in the West and the subsequent Once Upon a Time in America, released thirteen years later. The last ..